Blog > News (Blog) > What could have been if they were produced...
Tweet

What could have been if they were produced...

Ever wonder how people wore their babies before our modern and convenient carriers? In most parts of the world babies were worn in a simple sling or wrap. Then the patent and gadget loving Americans got their hands on the concept… here are a few fun examples I found while digging around in Google Patents. 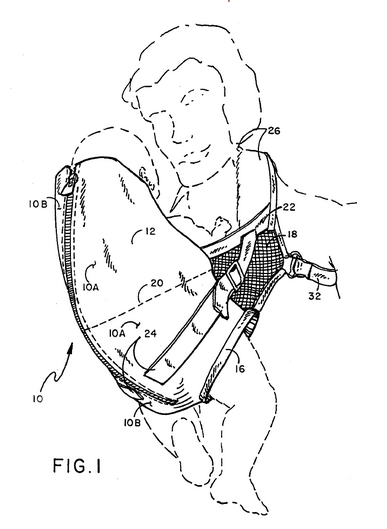 Remember Babywearing slogan, “close enough to kiss?” This takes that a bit too far! Patent filed 1995 and issued 1996. 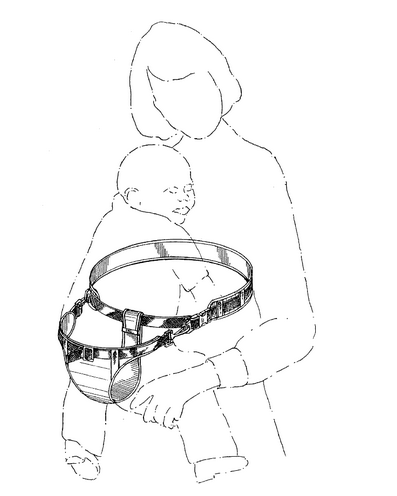 How does this one work? Do you need to tighten the belt so tight that it supports a baby? I say pass on this one… Patent filed 1994 and issued 1996. 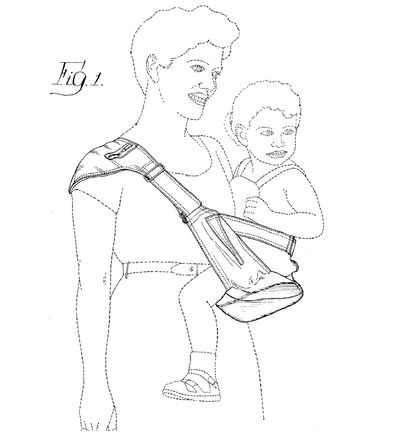 This one actually isnt that far fetched. The shoulder is nicely spread out for comfort, as it would be in a ring sling, wrap, or pouch. The baby actually has a seat, it isnt fabric. Patent filed 1954. 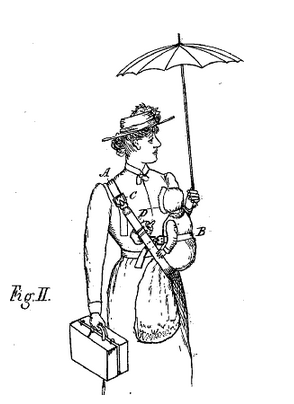 The oldest I found. Patent filed 1893. Not really a crazy concept, but I can’t imagine sitting on a leather strap would be comfortable or supportive. 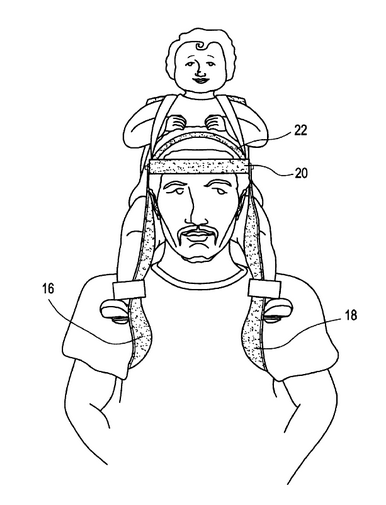 Crazy Head Carry Device. I see only bad things happening to the hair of whatever person wears this. YOUCH! Oh, and forget about babies who spit up… Patent filed 1999. 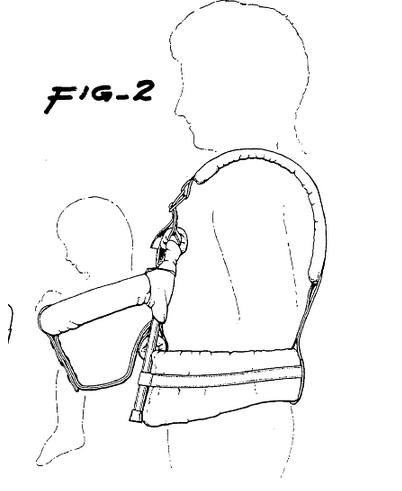 Seated front carry, imagine the back strain! patent filed in 1985 and issued 1988. 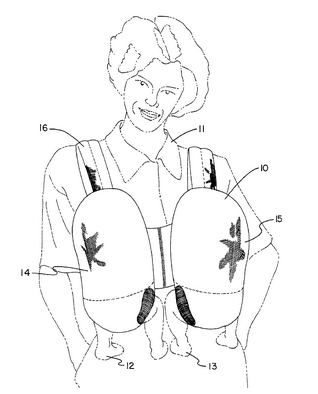 Am I seeing double? Realistically, how long could you use this thing? If my son were placed in this position he would be nibbling through my shirt.  It isn’t nice to tease!  A+ for effort. Patent filed 1993 and issued 1995. 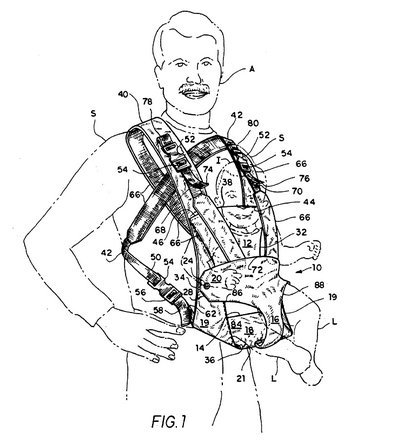 Check out this diagram! This is another seated front facing. Honestly, not a bad idea considering that front facing puts weight and strain on the base of the spine. The issue lies in having your center of gravity pulled forward. I am also sure that Figure A. is: “Awesome Mustasche apparatus.”  patent issued 1993. 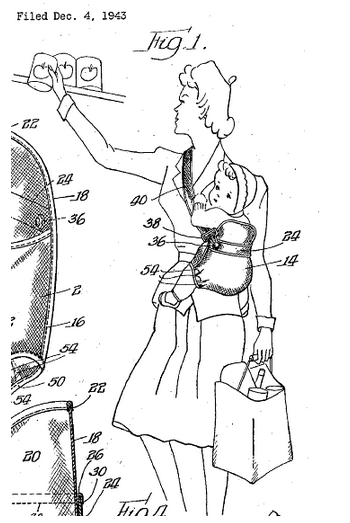 This one isnt that bad! Looks fairly comfy. Note that the buckle resembles something seen on your overalls back in 4th grade! Patent filed in 1943. Note: moms need carrier to grocery shop! Those 1940s folks knew what was up! Plus, I dont think grocery carts were invented yet! 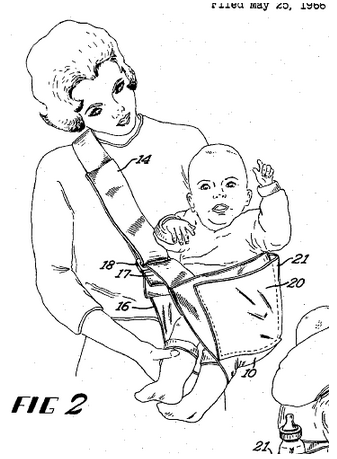 This one is interesting! Plus I love the stereotypical 1960’s hair. Hip carry seat? Note, in the corner is a snippet of the side view.  There is a handy bottle pouch!  Those were days when the elite didn’t breastfeed. 1966.